Is a Plant-Based Diet the Way Forward? 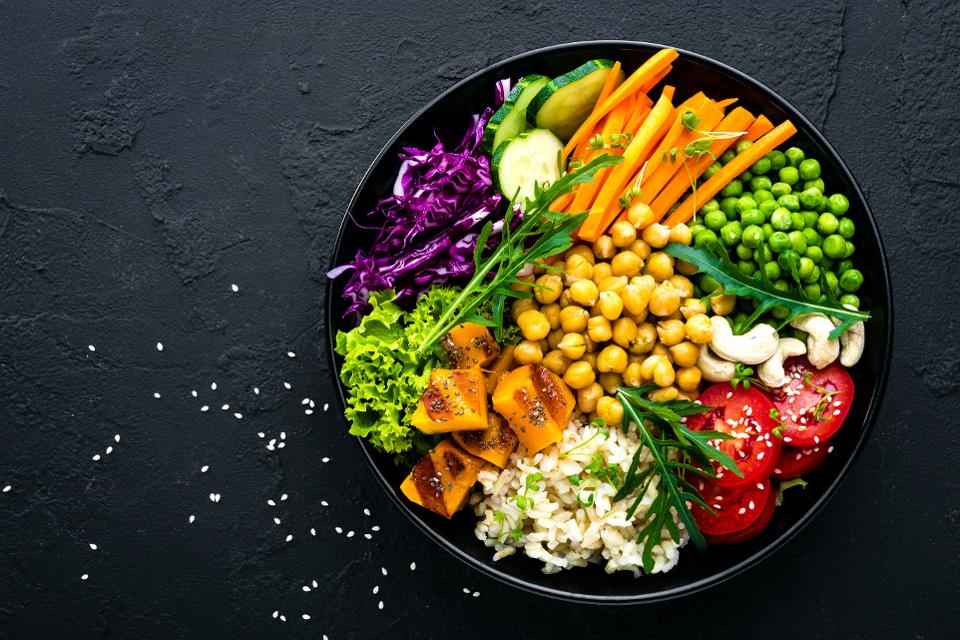 So I know that the title might have already put you off, but give me a chance here. It’s a huge talking point at the moment and with all the experts weighing into the discussion I thought I’d offer up some insight too.

This question actually came from a client who was considering removing meat from their diet, but in all honesty, it’s something I’ve been wanting to write about for a while.

I guess I really should start by saying that if you haven’t heard about the documentary called “The Game Changers” you really should consider giving it a watch.

It is the much anticipated feature-length produced by James Cameron, Arnold Schwarzenegger, Jackie Chan, Lewis Hamilton, Novak Djokovic and Chris Paul (which is a pretty impressive list), all about the effects of eating a plant-based diet.

Before I even begin to discuss any of its arguments, I will admit that this information source has been widely called into question due to Cameron’s side business, which happens to be vegan protein supplements. However, ulterior motives or not, there’s some pretty undeniable science presented to you throughout.

Without just quoting the whole documentary back to you, Game Changers basically preaches that Veganism is the way to go for health and performance benefits within your own body, as well as briefly touching on the environmental impact as well.

Heart disease, anxiety, blood-vessel complications and even cancer are all among the list of health problems that it is claimed plant-based diets can greatly reduce. And if that’s not a list that will make you even consider watching the thing then I don’t know what will!

The reason I feel I can begin to share my thoughts on this whole subject matter is because I have started myself.

Yes, you read that right!

I’ve switched from being the biggest meat eater I know, to a plant-based tester. I’ve decided to give it a go.

I want to say right now that the documentary only sparked my interest. From there I spent hours reading and watching other informative pieces, and identifying the validity of their sources, before committing to trying veganism.

I’m always trying to grow, and what better way to see if there is truth behind this than finding out for myself?

Whenever anyone asks about it I tell them to do their own research. Keep their critical head-on and not be fooled by the glamour of it all. I’ve seen veganism painted as the miracle cure to many things, which it certainly isn’t, but if it has even some of the health and performance benefits it claims too, then what’s the harm in giving it a go?

One word that pops up time and time again in all of the articles is cancer.

Now there really isn’t enough information out there to begin claiming that plant-based diets cure cancer, but there is enough to say that it greatly reduces your risk. And in a day and age where every single human will be affected by cancer in one way or another, it can’t be a bad thing to start addressing how we might be able to do something about this and questioning what we put into our bodies.

The main query when it comes to going vegan is where we can actually get out protein from.

You’ve got to remember that you are removing an entire food group, and if you don’t replace the nutrients you are used to getting from this source with another alternative, you’re going to be seriously changing the effectiveness of your diet in terms of performance and wellbeing. Drastically cutting calories is going to lead to a host of deficiency problems and tiredness.

You need protein to function. Simple as.

There are 22 amino acids that are necessary within our bodies for growth and repair, in both an everyday sense and in a gym performance and muscle building context.

For carnivores, any meat will provide almost all of them in one hit, but for those following a plant-based diet you’ll need to be consuming a larger variety of protein sources to ensure your body is getting them all.

When it comes to replacing meat proteins with vegan alternatives, the main problem you’re going to run into is the actual breakdown of the nutritional profile. Most meat sources will be predominantly protein with a little bit of fat content and next to no carbs, whereas a lot of the plant sources will have some protein, little fat and usually be mostly carbs.

The issue is going to be balancing the rest of your food knowing that there’s extra carbs in all your protein sources- it’s not as easy as swapping beef mince for lentils because the lentils carry both protein and carbohydrates.

Don’t fall into the trap of thinking “it’s plant-based so it’s healthy.”

You can still gain weight through over-consumption of calories.

You might find yourself feeling pretty empty and begin relying on heavily processed foods to start filling that chicken-shaped gap.

The other thing us meat-lovers face is the actual meal enjoyment. If you’re suddenly limited to food without meat, fish, eggs or dairy, you might find yourself in a bit of a not-so-delicious hole, only eating the same old leafy greens with some fruit, veg and nuts.

This will very quickly become tedious and repetitive if there isn’t variety in your meals.

It’ll be much easier to stick to this new lifestyle if you’re enjoying the food and aren’t getting sick of the same plant-based combos.

Again, it’s about doing your homework.

You’re going to have to be open to trying new tastes and textures- and you probably aren’t going to like all of them.

With that being said, I’ve compiled a super simple list of the top 10 plant-based protein sources.

Number 1 has the highest amount of protein per 100g, with number 10 providing the least (although still a great option). Of course, there’s many more, but these are what should make up the bulk of your diet.

You may be familiar with some, while others are likely to be completely new. Actually, you may also be surprised to find out that some things on the list are actually protein sources at all.

I should also say that this is literally a raw list- if you want delicious recipes using each of them you’ll have to find them for yourself!

So without further ado, here they are:

I suppose I should finish by saying that keeping an open mind is key. Even if it is just watching the documentary before saying “it just isn’t for me.”

This lifestyle takes a conscious effort. Practice, learn and increase your knowledge.

I’d love to hear from you about this topic. Everyone that has seen the doc that I have spoken to has, at the very least, began committing to a few vegan meals a week, so I’d love to know if it affected you too!

There could be an update to follow this about my actual personal journey with veganism so far, so let me know if you’re interested to find out how I’ve been getting on!

What is Our Training Really Doing to Us?

Science Has The Answer

Who Are Cheat Meals Really Cheating?